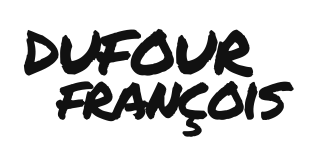 sculptures made to order

Open doors of the Artists' Workshops 2009

The 3rd statue of the french tragedian Talma, sculpted by François Dufour, has been inaugurated on 20th september 1986 in Poix-du-Nord. The previous two bronze statues of 1904 and 1931 were unbolted by the German occupants to be recast in foundries. Many local officials, family members Talma, delegations from the cities of Burgbrohl (Germany) and Keighley (Great-Britain), and Mr. Maurice Schumann, member of the French Academy, were present for the event. 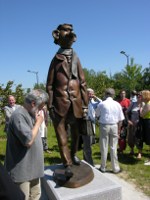 Commissioned by the SITURV through the remodeling of urban space of the agglomeration of Valenciennes, the statue of Philoprof of 3m high is part of the cultural approach that has also enabled the establishment of the sculpture «Ugolin et ses enfants» of Jean-Baptiste Carpeaux and «Le couple» of Eugène Dodeigne. It now accompanies students to the university of Mont-Houy, dreams full head. Numerous passengers of the tramway will not miss it.

The sculpture Poète pour la mine is a tribute to Jules Mousseron and his works. Once again the SITURV who has appealed to François Dufour for the most famous characters of the poet can accomodate passengers of the tramway in Denain. And it is around this statue that will be the renewal of the New World of Denain.